I’ve always loved to travel, and I’ll look for any excuse to take off on a little trip somewhere! So, when Cherie and Matt, an English couple currently living and working in Amsterdam, first got in touch about their wedding photography, of course I offered to hop on over to do their engagement photos for them. It was an absolutely selfless offer, I promise! So, now I get to show off this fantastic Amsterdam engagement session with you all. Why don’t you take five minutes with a hot cuppa to have a nose at what we got up to? 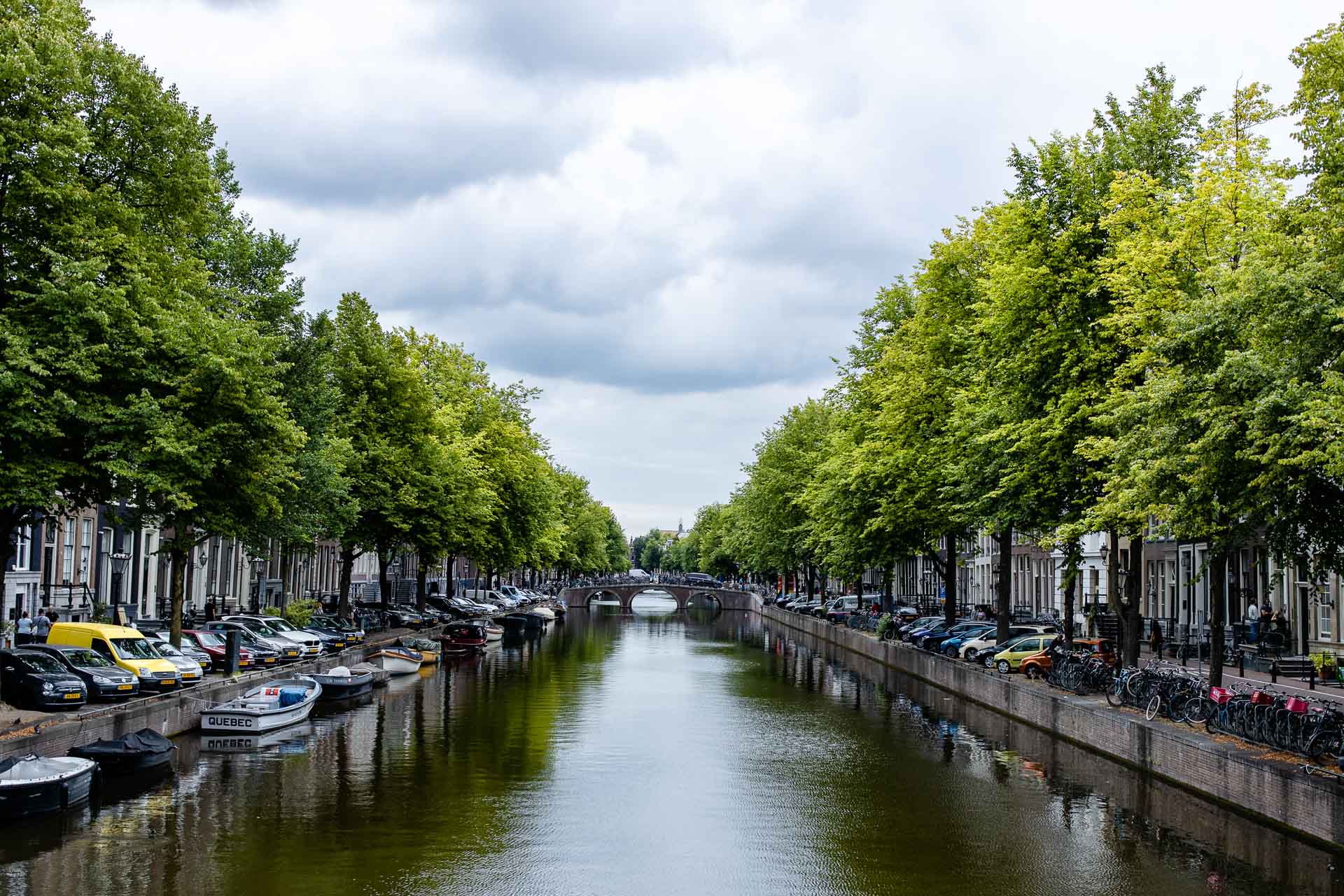 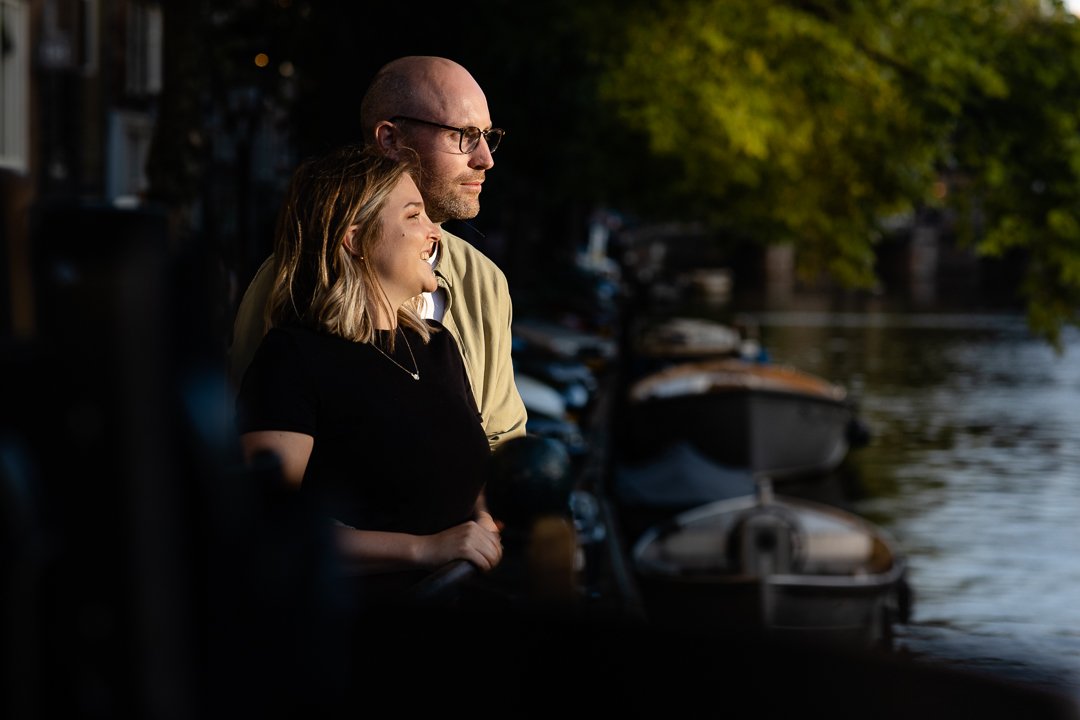 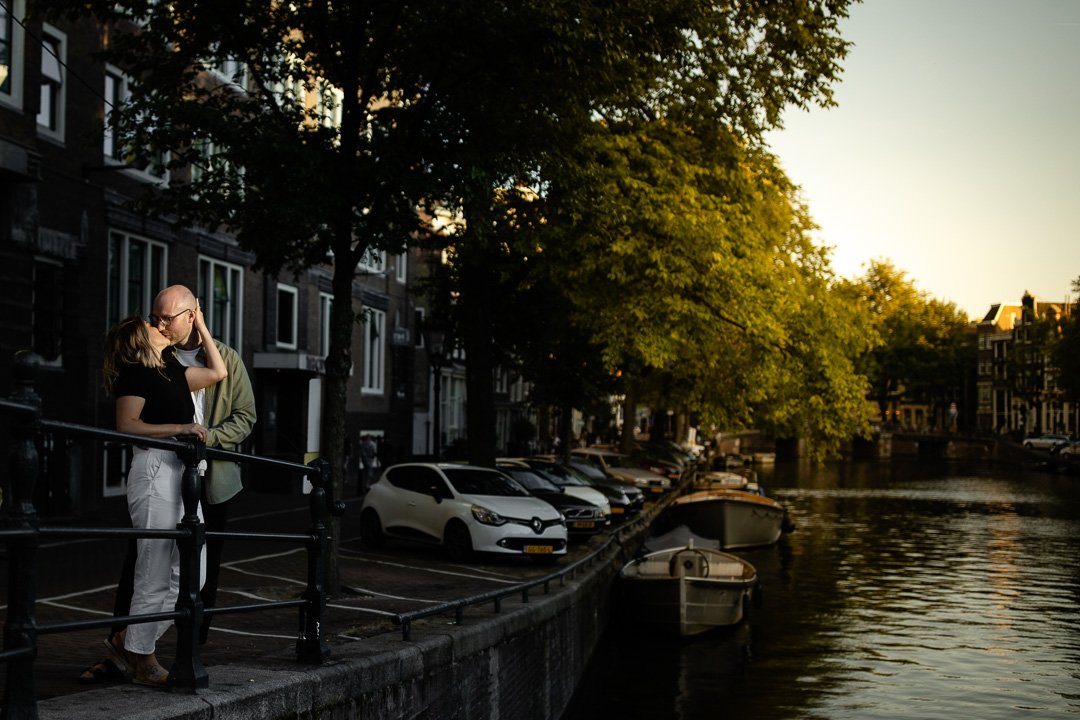 “I’m a big fan of Amsterdam. It’s such a beautiful city. Having the opportunity to visit and photograph a couple in love amongst its stunning streets and waterways was a dream come true. 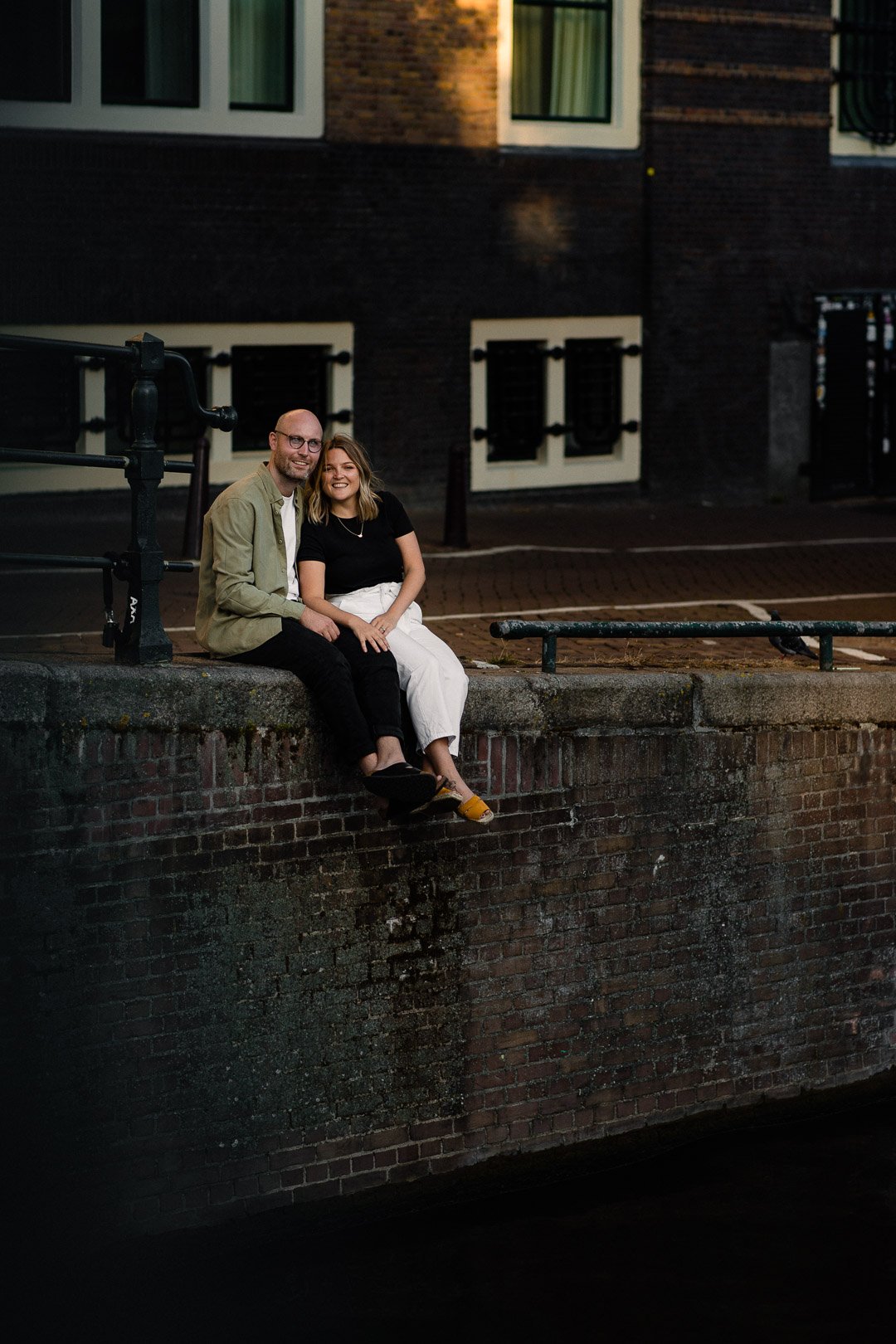 I’m a big fan of Amsterdam. It’s such a beautiful city. Having the opportunity to visit and photograph a couple in love amongst its stunning streets and waterways was a dream come true.

But Amsterdam is more than a pretty place full of beer, bicycles and sex shops! Here are three of my favourite facts about the city that you might not already know:

1: Did you know the city is built on wooden poles? 11 million of them! Because the city is below sea level (like much of the Netherlands) and the ground is swampier than a swampy thing, the Dutch came up with this ingenious method of building the city. Isn’t that fascinating? That’s also why there are so many “crooked” buildings, as the poles are slowly sinking!

3: There are more bikes in Amsterdam than there are people! Actually, that’s not that surprising. There are literally bikes everywhere.

There you go, plenty of fodder for your next pub quiz!

But enough about that. Let’s get to the fun stuff and Cherie and Matt’s engagement session in the Amsterdam evening light.

Given the year it’s been, we were super lucky to be able to arrange this session. But a brief window opened up in early August where I was able to pop over before new restrictions came into place in the Netherlands. It’s worth mentioning that an engagement session in Amsterdam will be dependent on any existing travel restrictions. But I’m always keeping a close eye on them!

I met Cherie and Matt at a pub on the evening I arrived there, where we supped on a few gluten-free lagers. Yes, I am gluten-free, and so is Matt, so it was lovely to be able to do that! Being able to sit and have a little chat over a few drinks is all part and parcel of an engagement session. I use these shoots to get to know you better as a couple. That’s because building that relationship with you makes photographing your wedding much easier. It also helps you to feel more relaxed around me and my camera, too! After chatting, we headed out onto the local streets. The evening light was perfect. We spent about an hour walking around, talking and getting some fun photos of them together. And I’m sure they will be a beautiful reminder for them of their time living in Amsterdam in years to come.

Our time together may have been short, but I’m sure you’ll agree the photographs capture them and their relationship perfectly. It was so great to meet you both Cherie and Matt. Thanks for allowing me to hop on over to Amsterdam to spend a bit of time with you both! 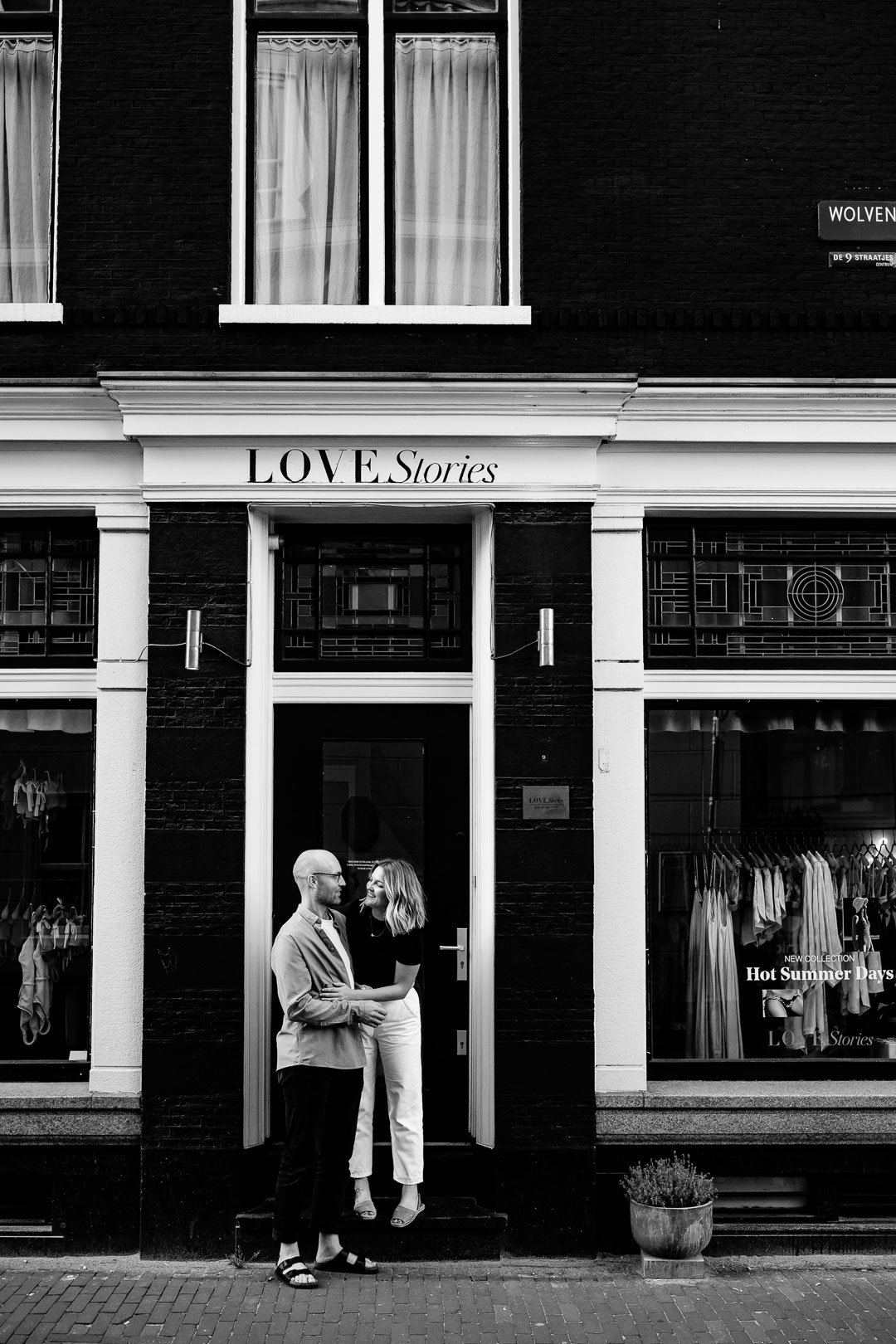 Thank you so much for the photos they are bloody brilliant – we love ‘em! 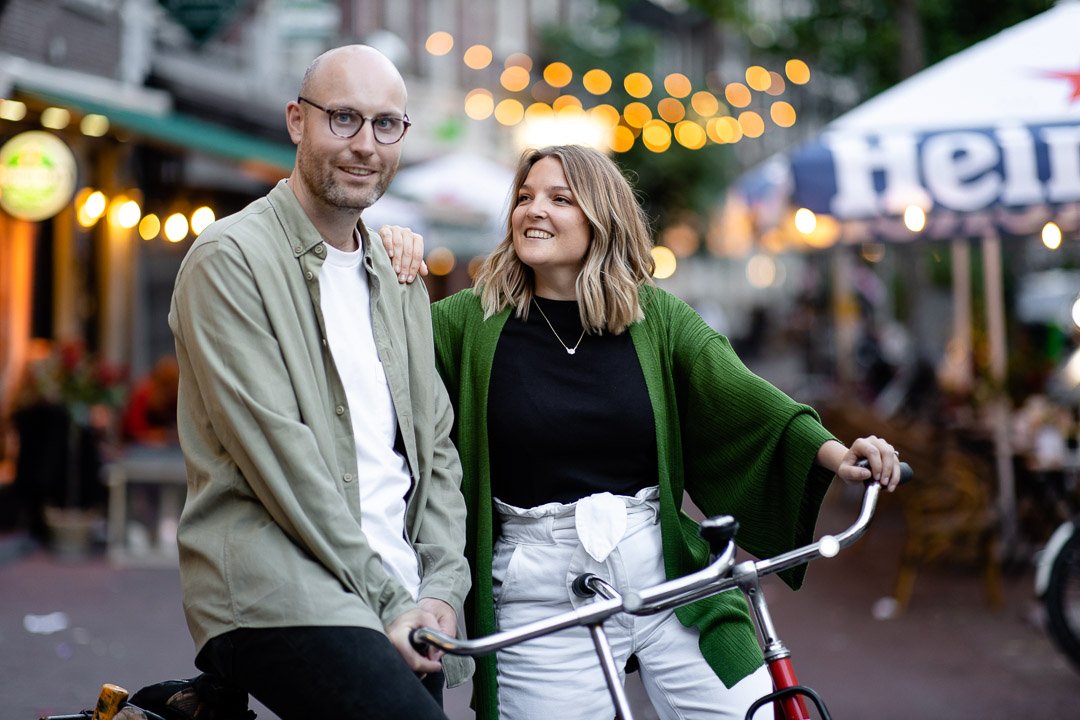 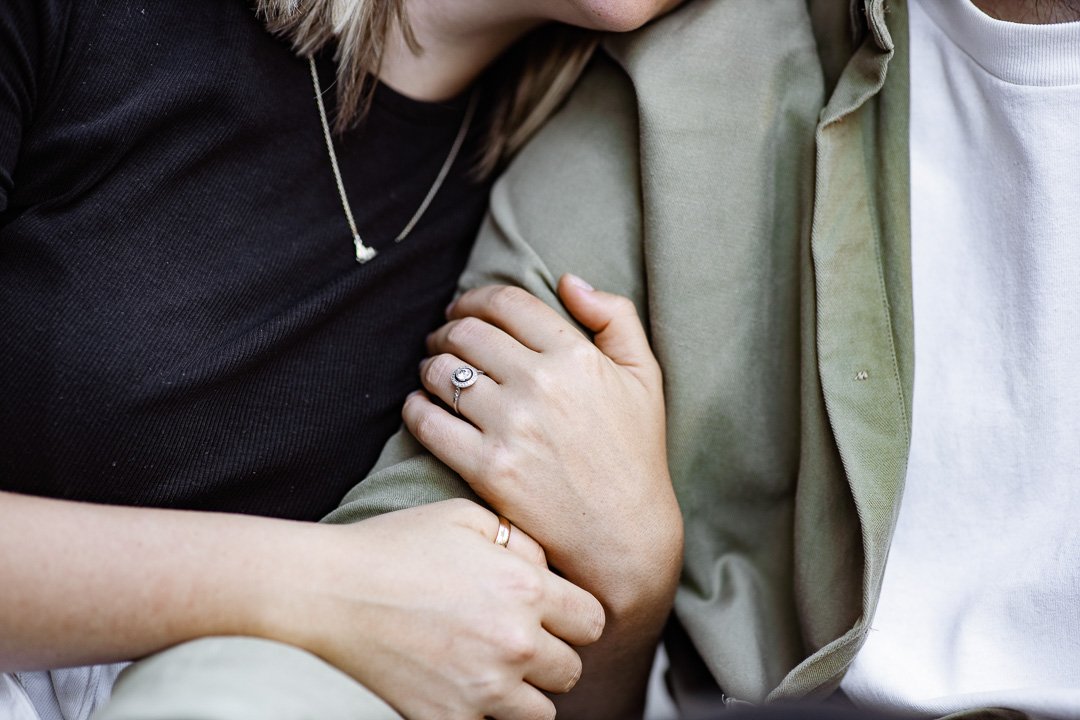 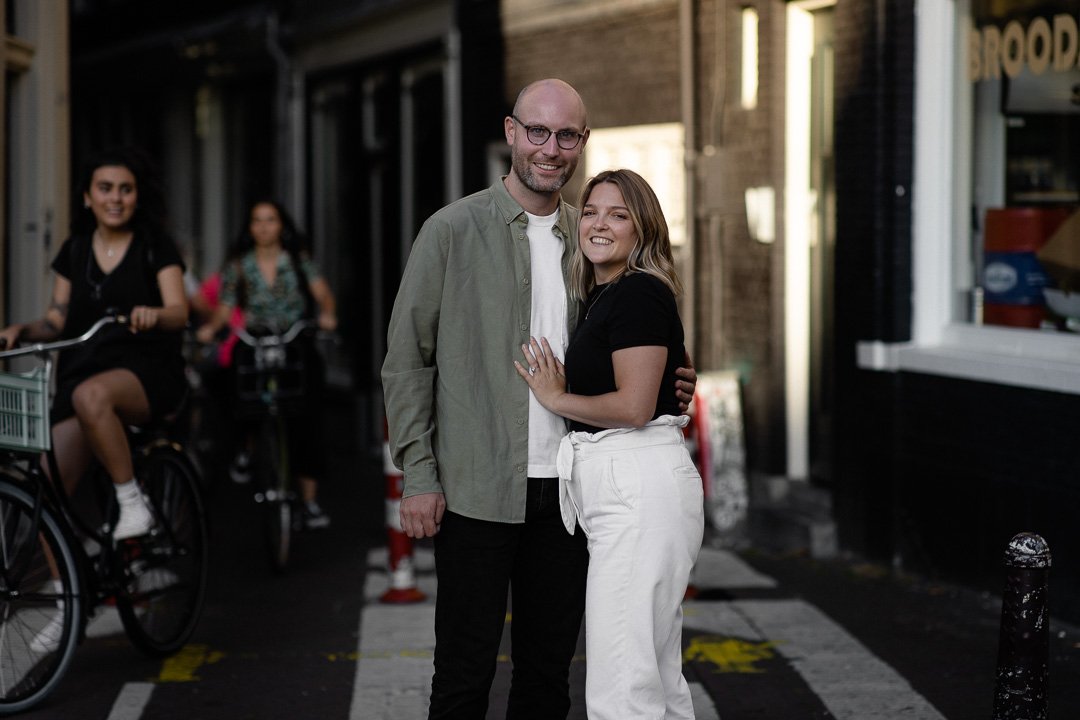 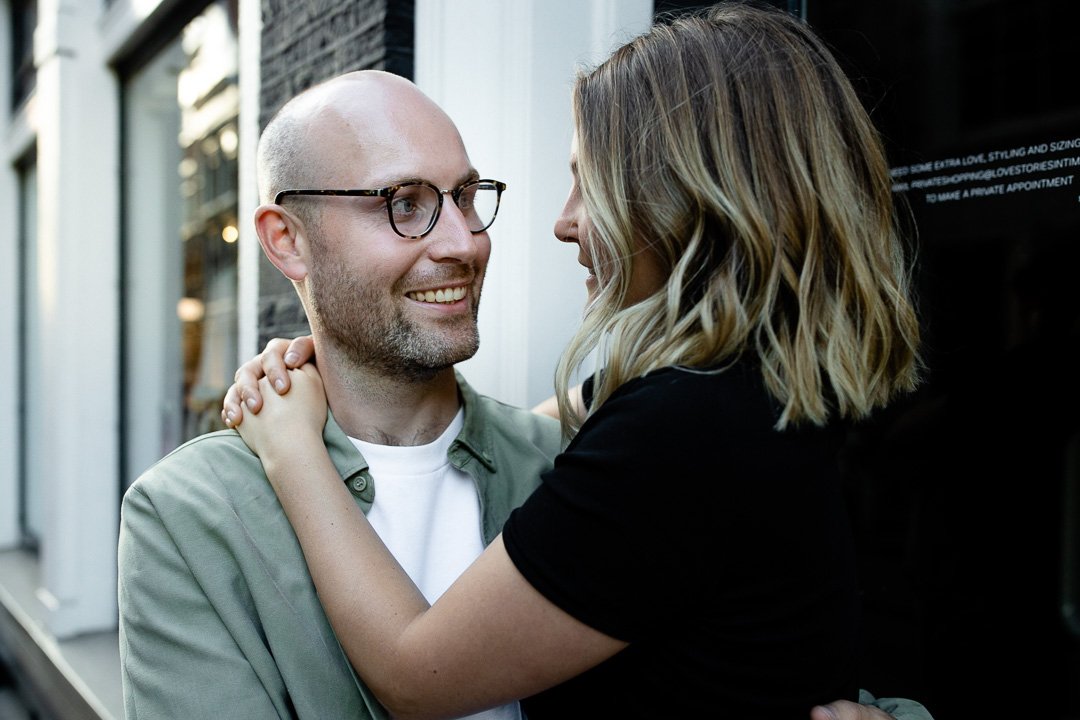 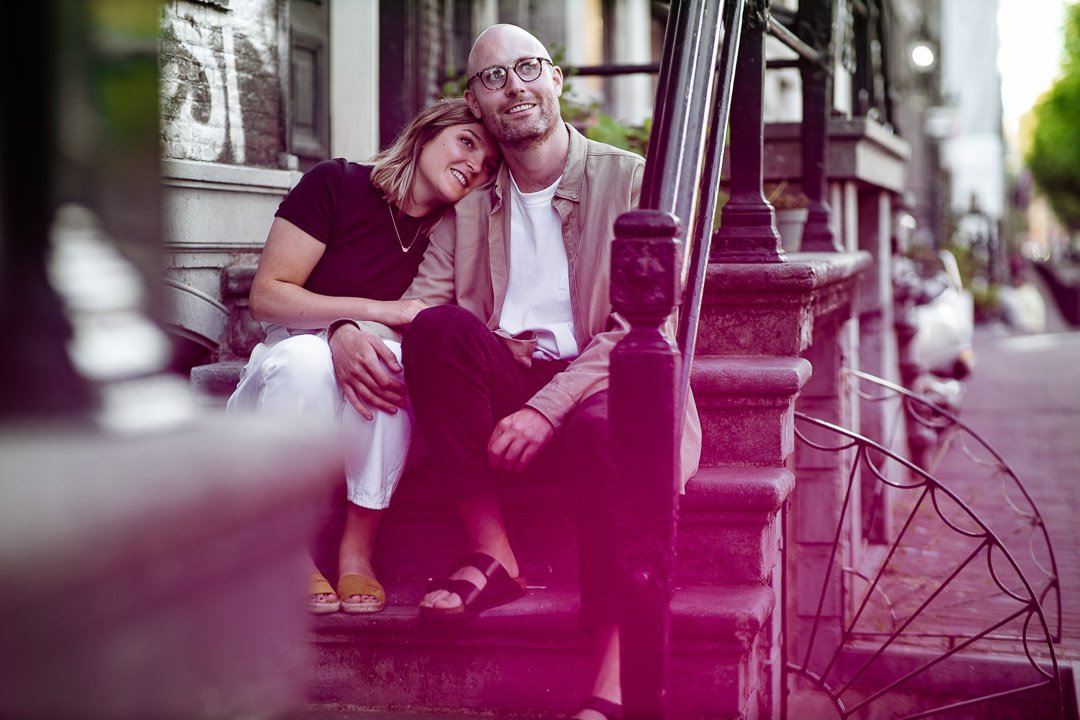 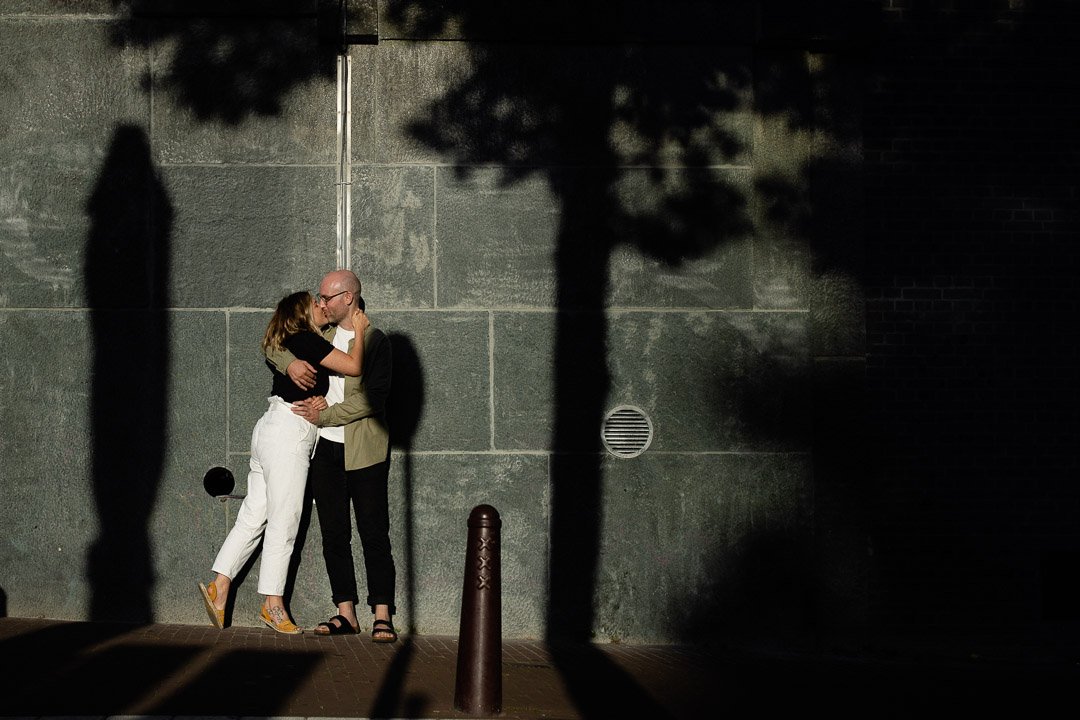 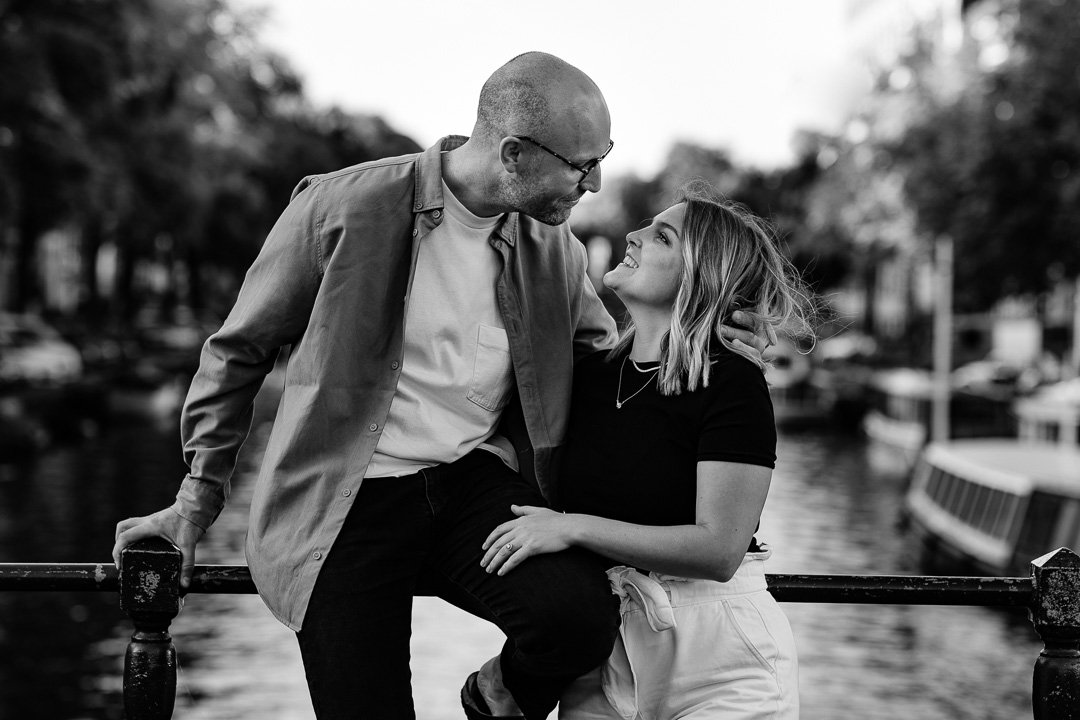 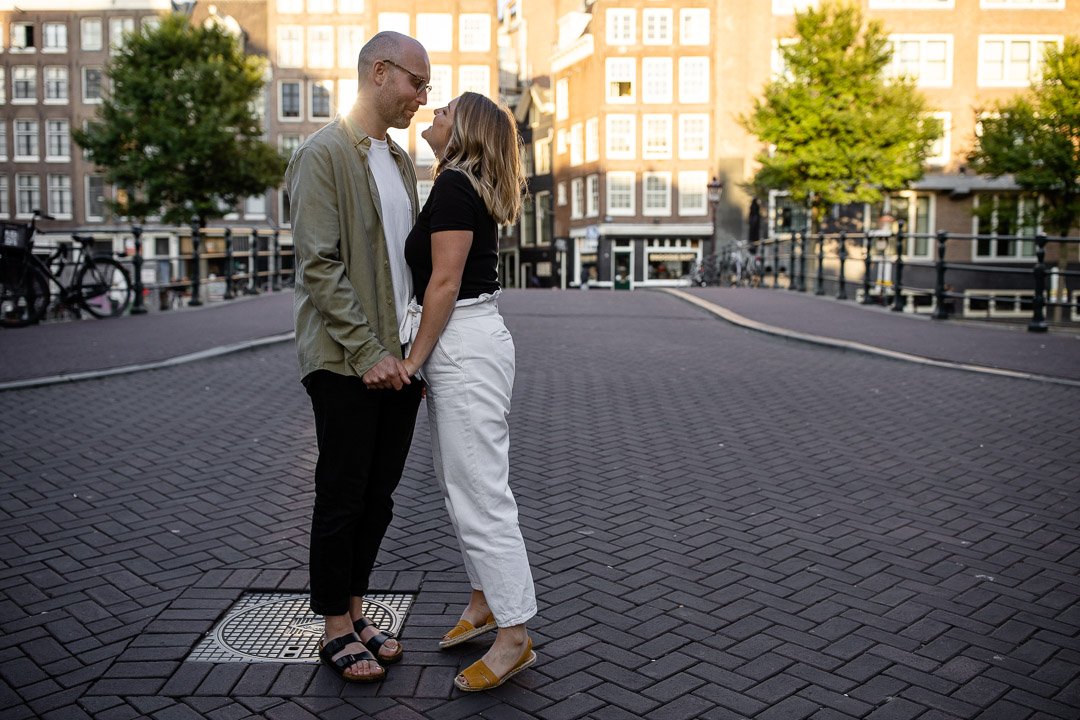 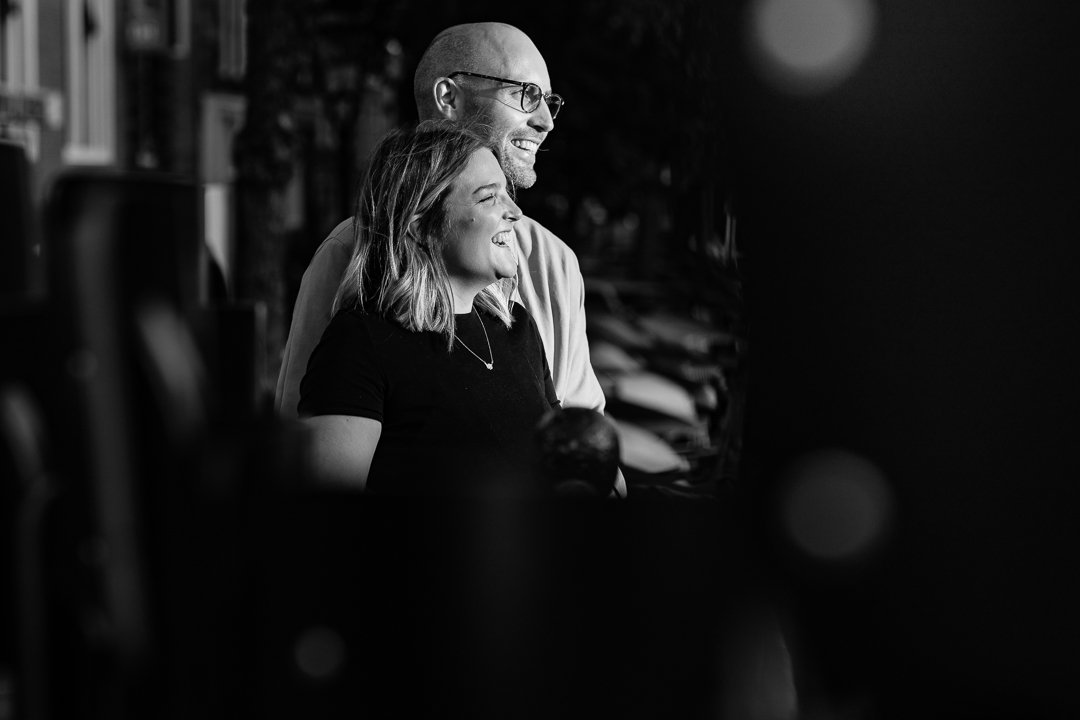 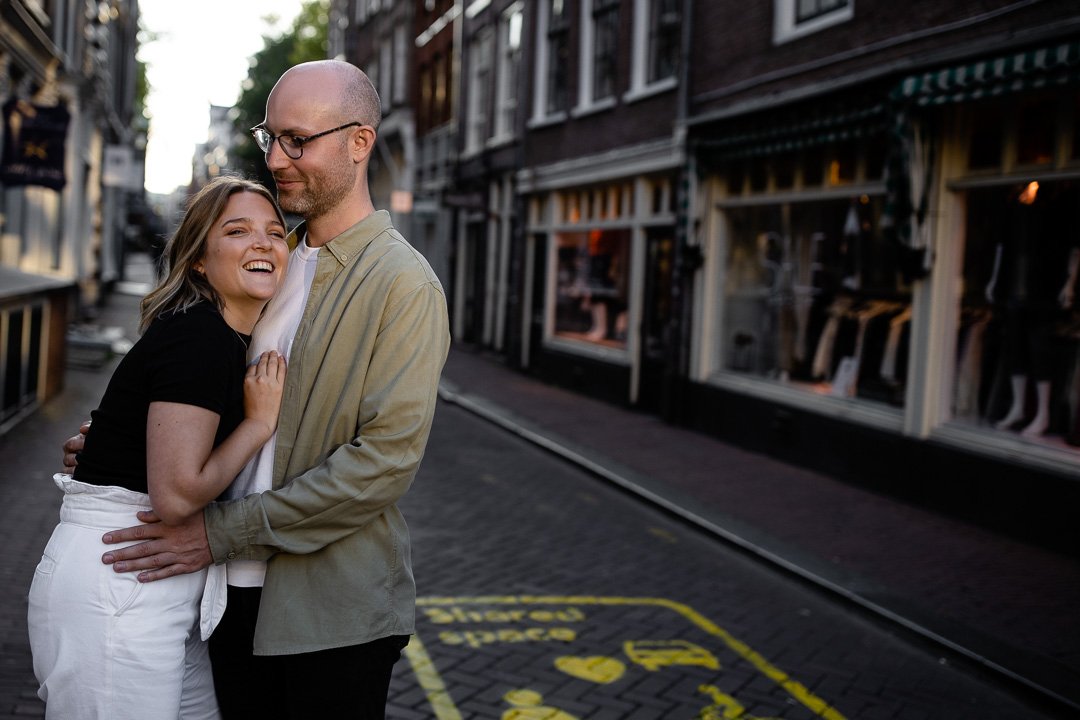 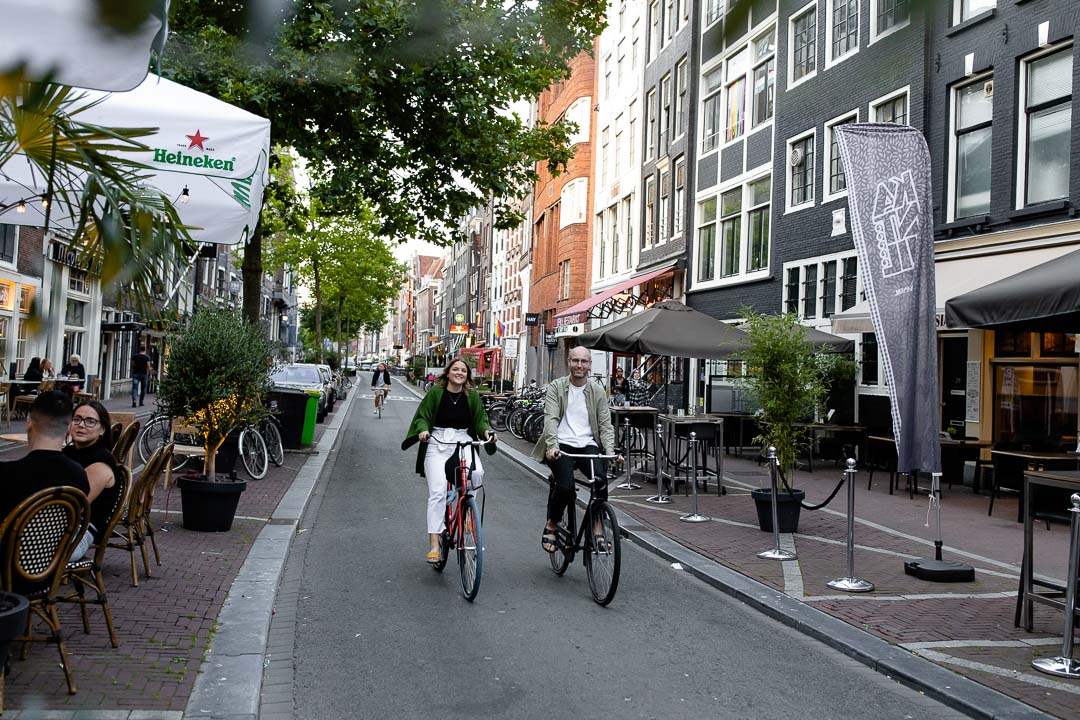 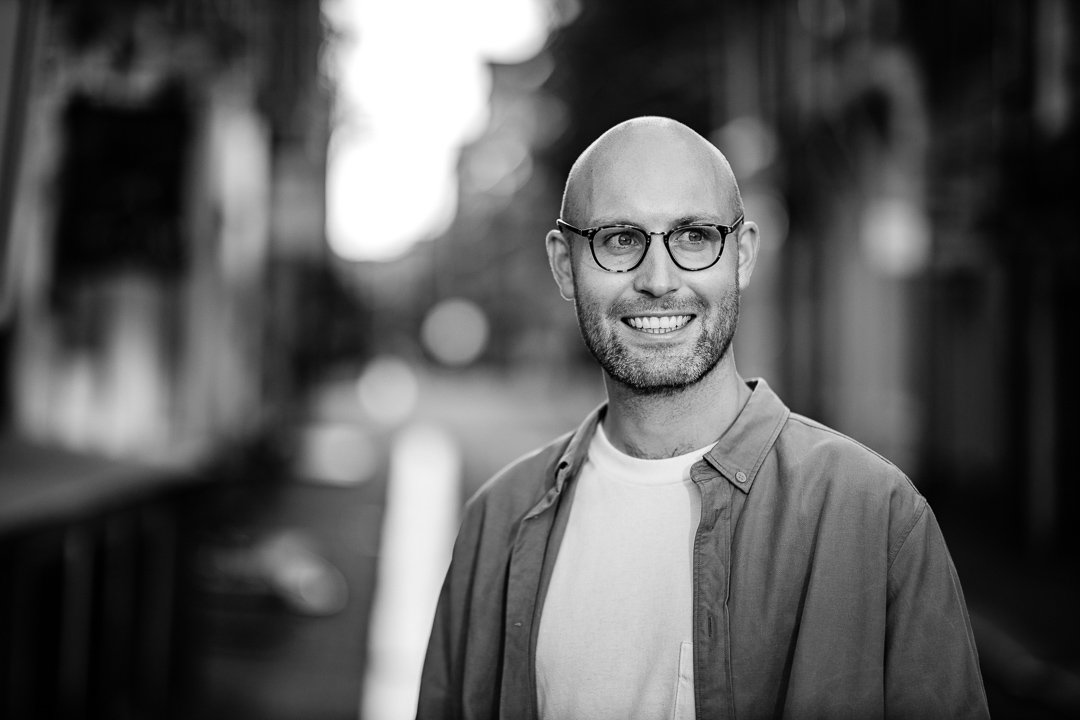 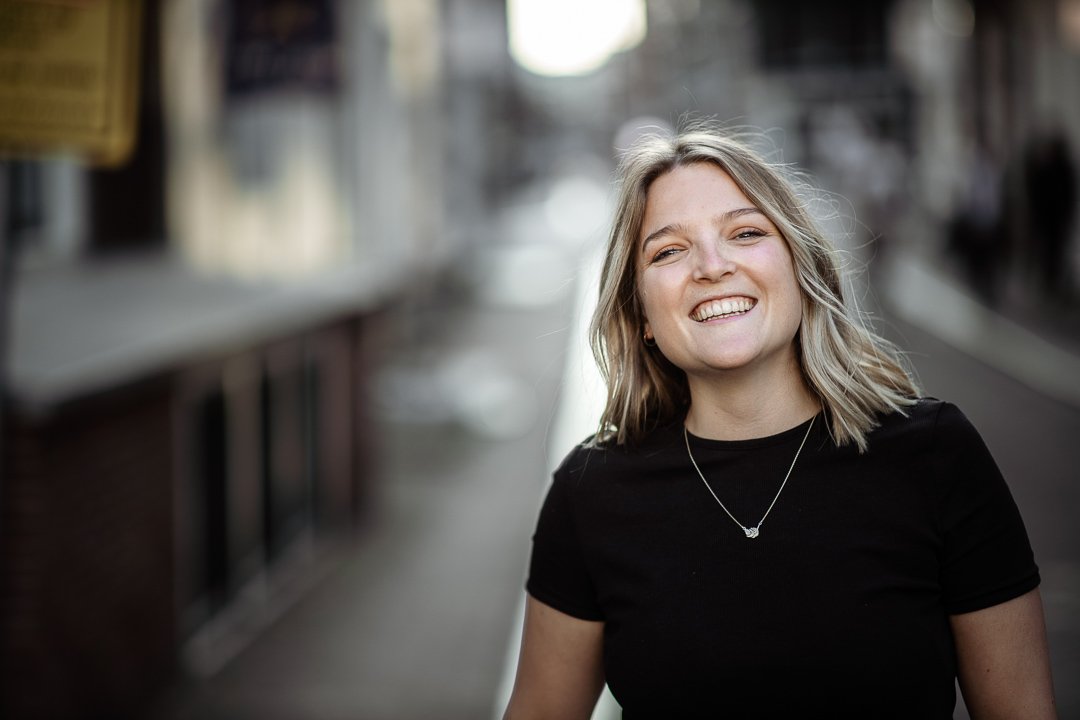 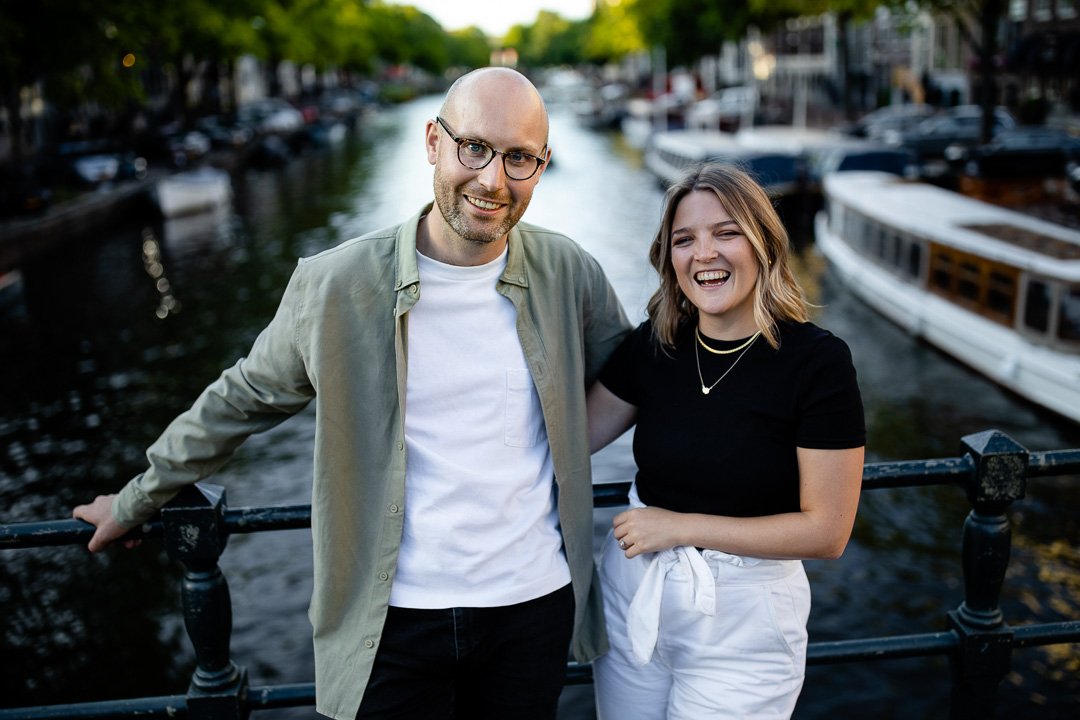 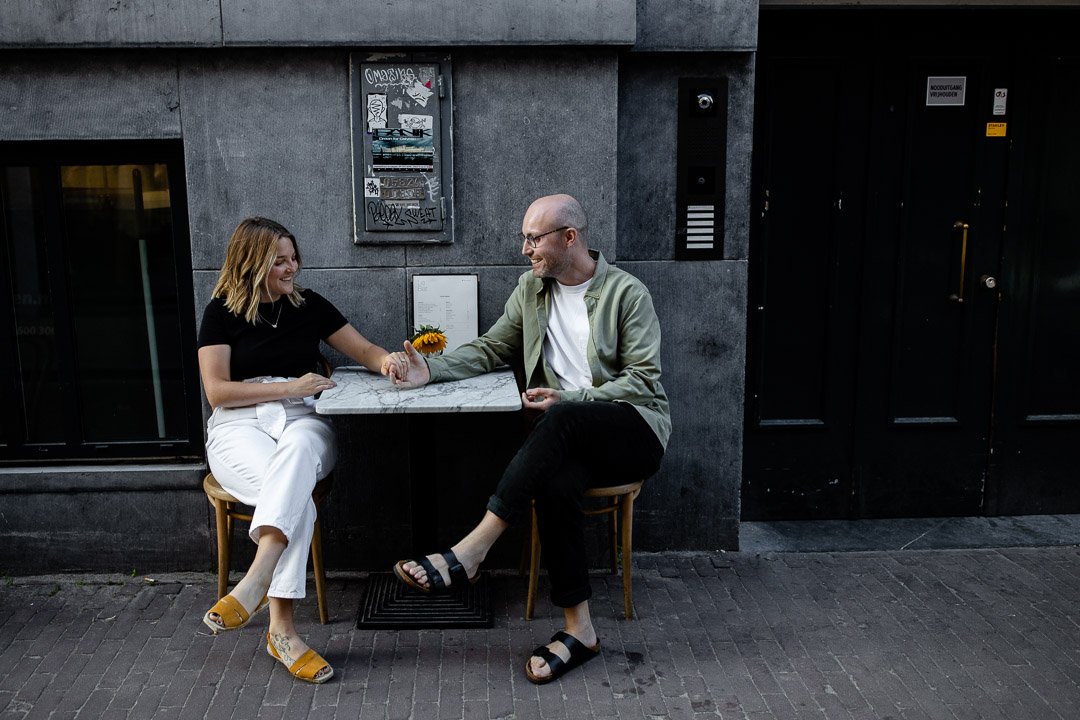 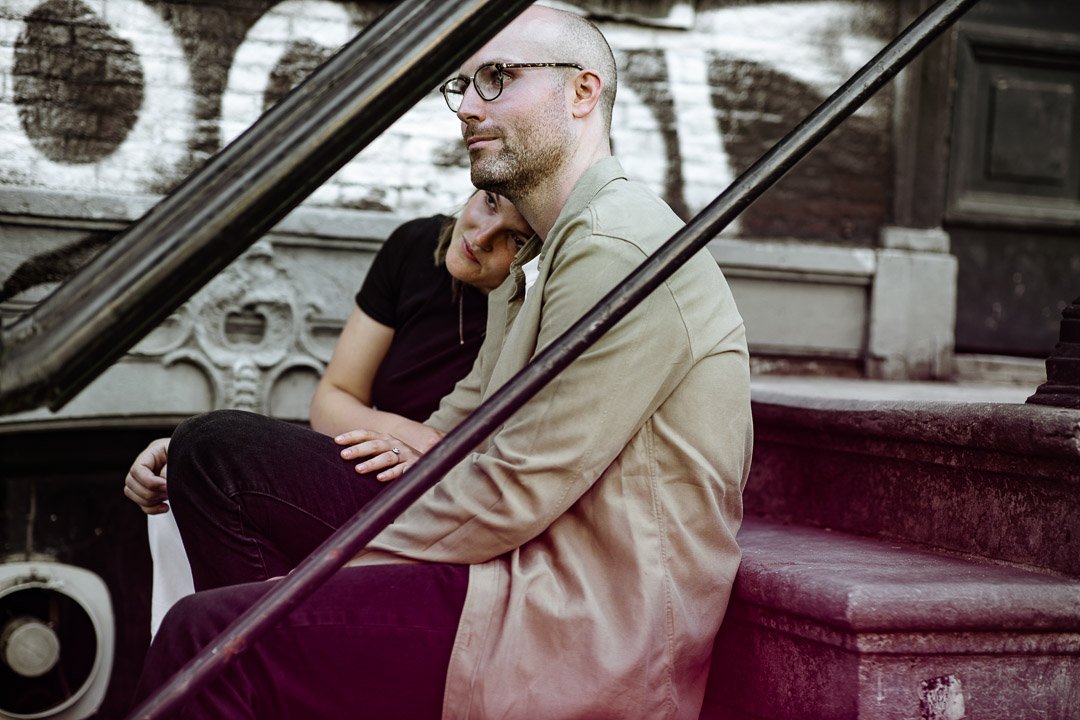 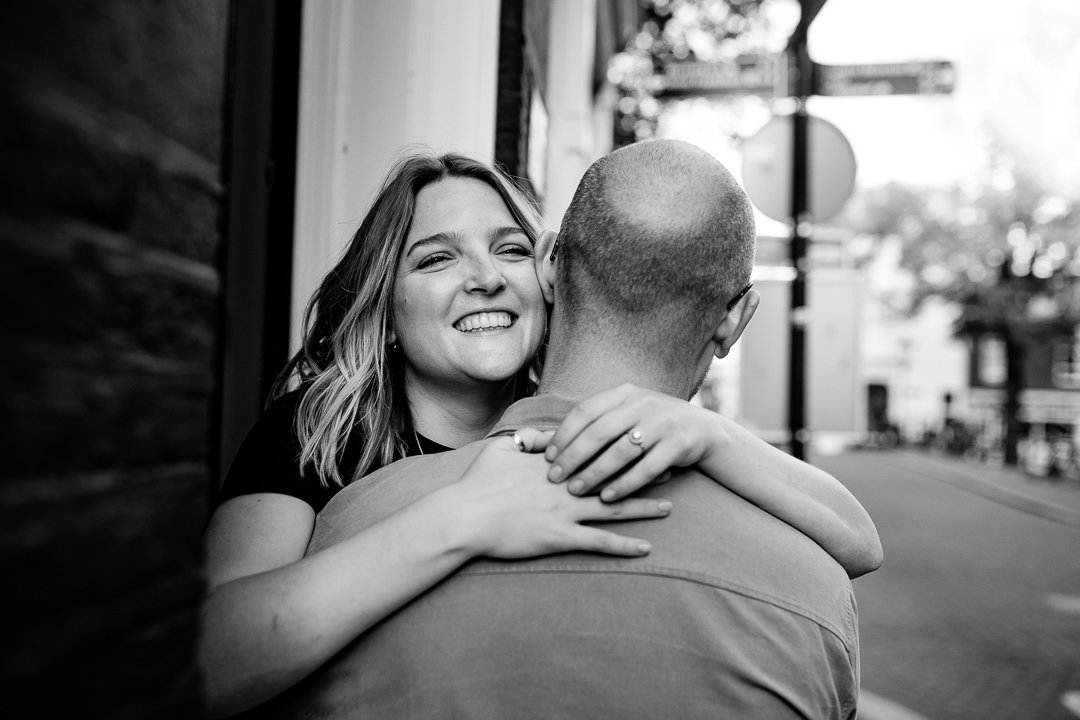 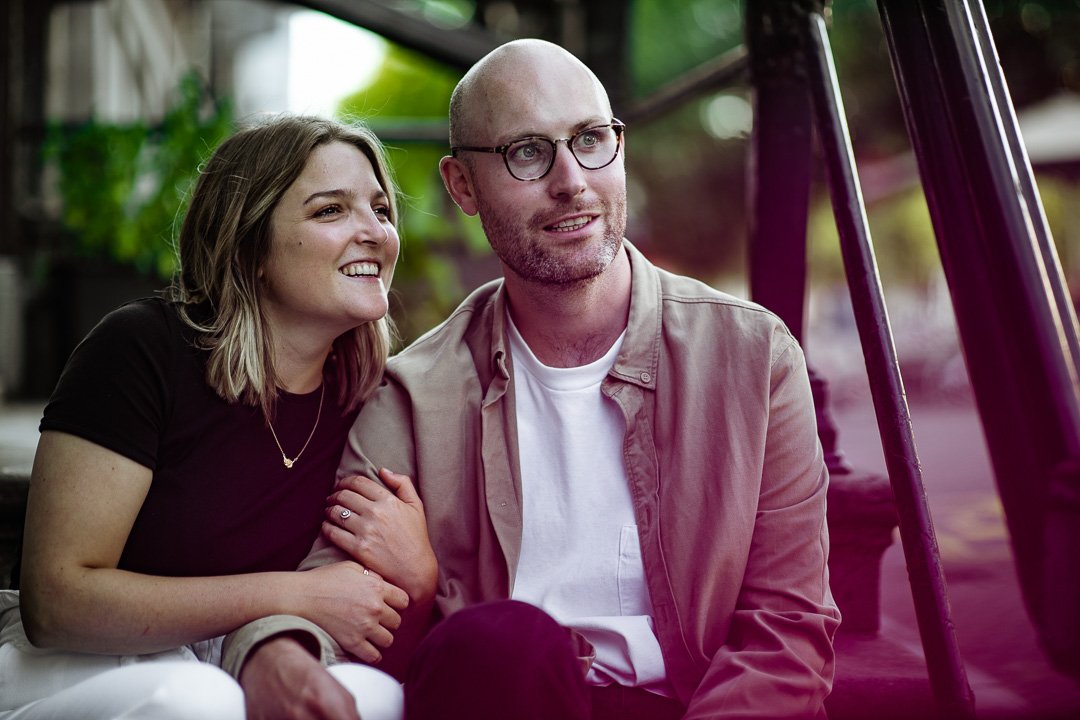 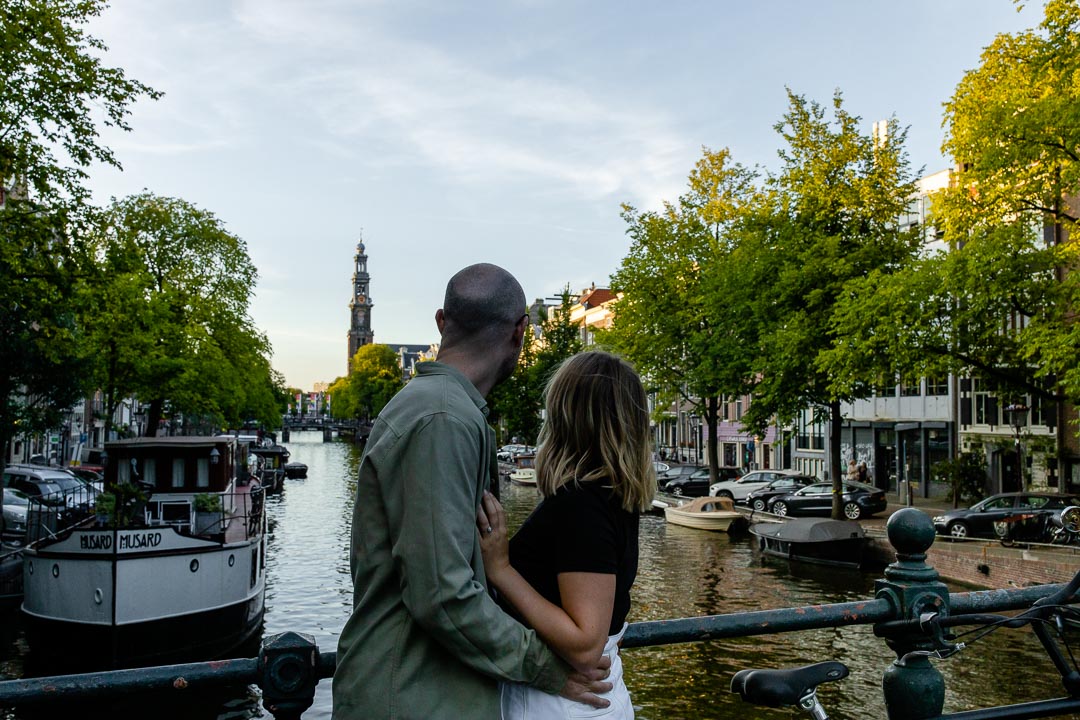 Are you thinking of an Amsterdam engagement shoot?

Here’s what you need to know!

I can fly from Bristol Airport direct to Amsterdam, and the flight only takes an hour. I’m also very good at choosing the right times to get the cheapest flights. Honestly, I’ve actually flown to Amsterdam and back for less than my cab from the airport to the city centre! And I love Amsterdam as a city, so I am always happy to pop back there for more shoots, too.

If you do fancy an Amsterdam engagement session, I charge my usual rate, which is £250 plus the cost of flights there and back. I’m sure you’ll agree that’s reasonable for a fabulous couple shoot in such a stunning city!

And, as I mentioned before, current travel restrictions are continuously being monitored, and I make plans to allow for them. 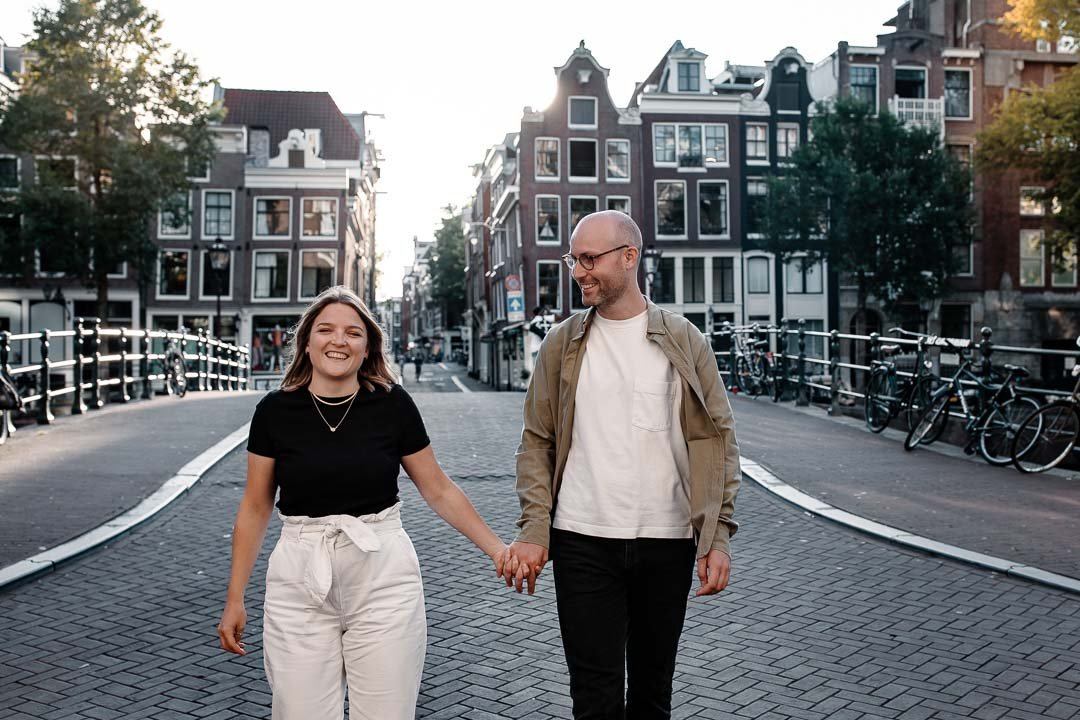 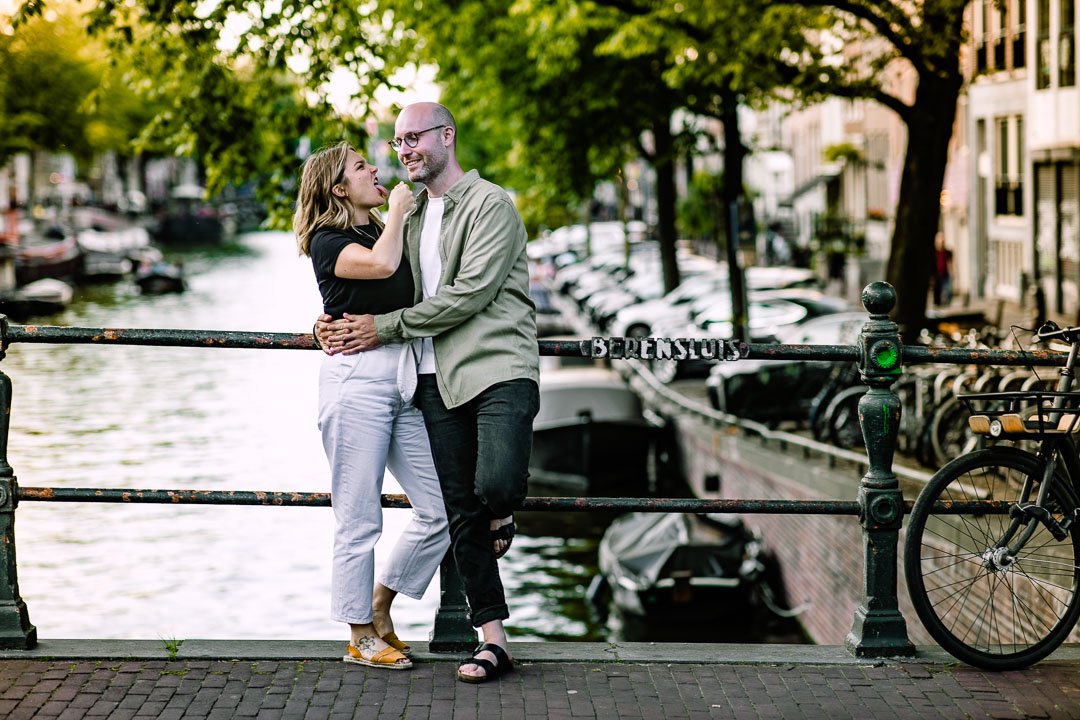 So, if you fancy a little trip across the water, a change of scenery and an engagement shoot in the beautiful city of Amsterdam, then get in touch with me! I’d be thrilled to capture some gorgeous photos of the two of you in beautiful surroundings!

Contact me if you want to book a meeting, fancy a nice glossy brochure?

Please email me at kerrywho@me.com if I don't respond within 24 hours. I've had some technical issues with the form. Also, please check your junk mail for my response.